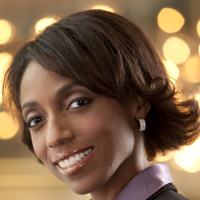 Linda Bell is an award-winning journalist with a 20+ year career encompassing various areas of media – including radio, television and print.  She began her professional career at the Queens Tribune Newspaper, where she worked as a writer/researcher.   After producing an expansive analysis of the 1994 midterm elections, Linda moved to WOR Radio. As a Junior Reporter/Desk Assistant at WOR, she reported on various events in New York City – often covering Mayor Rudy Giuliani’s press conferences at City Hall. For the better part of Linda’s career, she worked at Bloomberg LP. Her first job was a Video Editor for Bloomberg Television. It was through her determination, perseverance and talent that Linda progressed in her career – eventually becoming an on-air television reporter/writer/producer and Team Leader for Bloomberg’s U.S. Television Affiliates. She successfully managed the $3.5 million television syndication division producing business news content for over 160 television stations across the country.  For more than 10 years, Linda also distinguished herself as a reporter/writer/producer for Bloomberg Urban Radio Affiliates.  She won numerous awards for her in-depth and informative radio profiles of African-American executives and newsmakers. Linda also won accolades for a ground-breaking series on discrimination in the housing industry; as well as health issues impacting the Black community.  She is currently an Assignment Editor for the Fox Business Network and a Reporter/Contributing Writer for FoxBusiness.com. In her current role at FoxBusiness.com, Linda is continuing with her mission to produce positive and uplifting stories on the African-American community.  She has created the “Fox Diversity Diary” – a series of informative articles/profiles of Black executives scheduled to run throughout Black History Month in February. Linda is a graduate of New York University with a double major in Print Journalism and English Literature.