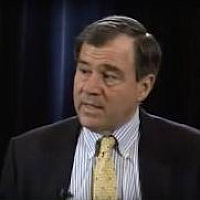 Bob is Senior Vice President, General Counsel and Corporate Secretary of Abercrombie & Fitch. Bob has global oversight and management responsibility for all legal, compliance, ethics and regulatory strategies, services, and resources, corporate governance matters and the corporate secretary function. Abercrombie & Fitch Co. is a global specialty retailer of high-quality, casual apparel for Men, Women and kids under the Abercrombie & Fitch, Abercrombie, and Hollister Co. brands. The company operates stores in the United States and across Canada, Europe, Asia, and the Middle East. The Company also operates e-commerce websites. Bob is also a member of the Board of Directors of NeuLion, Inc. which is an internet television technology innovator listed on the Toronto Stock Exchange.

Bob joined Abercrombie & Fitch from Greenberg Traurig where he was Co-Chairman of the Financial Regulatory and Compliance Group and previously was with SNR Denton where he was Co-Head of the Global Financial Institutions and Funds Sector.

Before that he served as Executive Vice President, General Counsel and Corporate Secretary of Freddie Mac from February 2006 to July 2011. In his role as principal legal counsel to Freddie Mac, Bob had oversight and management responsibility for all legal and regulatory strategies, services, resources and corporate governance matters. Bob oversaw Freddie Mac’s response to multiple inquiries and investigations initiated by Congressional committees, the SEC and other Federal regulators, as well as to multiple securities class and derivative actions.

As General Counsel of Freddie Mac, Bob played a pivotal role during the financial crisis and recovery directing Freddie Mac’s legal strategy through the conservatorship, investigations, enforcement actions and litigation. Bob was selected by The National Law Journal as among Washington’s most influential in-house counsel in 2011, the recipient of the General Counsel of the Year Award by the International Law Office and the Association of Corporate Counsel in 2015, and Freddie Mac, under Bob’s leadership, was recognized by Corporate Counsel magazine, as among the Best Legal Departments in 2011.